Which Scottish RAF base will close? 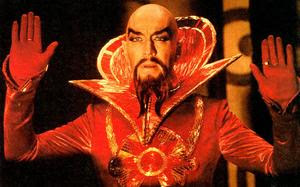 Dark clouds rumble over Scottish RAF bases. RAF Kinloss is no longer required and two other, as yet, unnamed bases, are also surplus to requirements.

There is a great deal of speculation in Scotland that one of these bases will be either RAF Lossiemouth or RAF Leuchars with the spotlight so far falling mostly on the former.

In Moray a vociferous Moray Taskforce has built up significant momentum and it now seems that in this game of blind man’s buff, RAF chiefs favour keeping Lossiem 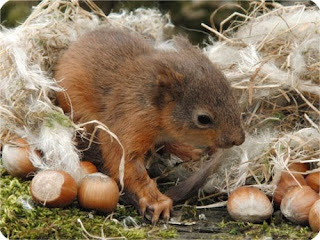 As yet nobody knows. But it would sure put all of their gasses at a peep if the RAF decided that the two bases should be Lossiemouth AND Leuchars.

So why the uncertainty? Why can’t they just come out and tell us which is going and which is staying? Surely the great and good in our dear coalition government must know!

So as usual the coalition’s “respect agenda” has render us up another turkey stuffed with a steam roller shaped mess, where nobody seems to know what they are talking about. Nothing new there then!

Loquacious as usual, an RAF spokesman has said that “no decision has been made on which bases or on any future use”. (And that's a direct quote.) That’s as clear as mud then!

Isn't it nice to know that Danny champion of the world is so worried about the Moray economy. That must be 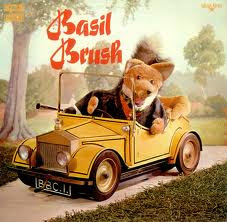 huge relief to the electors in this SNP stronghold. Maybe Danny thinks they will all switch to voting for the Lib Dems en masse. However, the folk in Lib Dem held North East Fife can clearly go and get stuffed. Not good news for the Emperor Ming then! Serves him right for standing by that horrid inconvenient pledge he made to students. 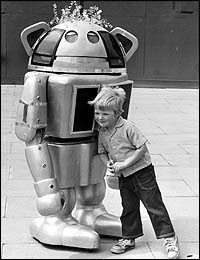 than Wendy Alexander’s when he said that the suggestion that Leuchars could close made yesterday “a dark day for Scotland” because it will “devastate families and decimate some of Fife’s great towns”. Has it occurred to him the Lossiemouth is also in Scotland? Silly question!

Metal Mickey Moore the Scottish secretary said.........well nothing!
So there you are. The policy seems to be either; we don’t have a policy, or can’t make up our mind what it is, or keep 'em guessing. They're only jocks after all!

Pictured are: The Emperor Ming despares over North Fife economy while trying to stem the Lib Dem's slip in the polls: Another day of quantative easing for Ginge the Rodent at the Treasury: Defence Secretary Basil Brush testing out the latest equipment for Afghanistan: Scottish Secretary Metal Mickey discusses Lib Dem student pledge with prospective voter.