The British Election 2010: the view from Belize! 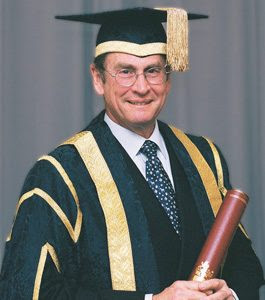 The Right Honourable the Baron Ashcroft has cemented his leadership of the Tory awkward squad by resigning as Deputy Chairman of the Conservative Party and issuing a stinging rebuke to David Cameron and his coalition in the form of a 133 page book entitled “Minority Verdict”. Thankfully this is going to be his “first and only contribution” on the subject. But as we know Lord A is a great believer in the adage that promises and pie crusts were made to be broken. Evidence his solemn promise to his then leader wee Wullie Hague to stop being a non-dom and actually pay taxes on his trillions like... err... ordinary British people (on condition of course that he gets to sit in the Houses of Parliament without the actual need to be elected). So look out for more of his inane wittering on the subject of how we all should be acting and voting.

The book is the good Baron’s take on why the Tories did not get the thumping majority that he thought the people of Great Britain ought to have given his party after all the money he shelled out on the election. It seems that his view of how the ordinary British man/woman ought to think is markedly different from ....erherm, well reality. The view from Belize City is that David Cameron and the Tories were wrong to agree to the televised debates as this enabled the Lib Dems to grasp the real change initiative. Of course it may have escaped the good Baron’s notice (what with the entire Atlantic Ocean between him his cosy Caribbean retreat and the rest of us) that during the height of the “I agree with Nick” furore, the Lib Dems were polling way up in the high 20s and at some points were second to the Tories with Labour in third. But this did not actually transmit into real votes, and yet again the Lib Dems limped home in a dismal third place.

He also concluded in his “book” that the Tories failed to get their message over to voters, who had little clear idea of what the Tories stood for. Yet again the view from Belize may have rendered the good Baron’s judgement somewhat simplified. Did he not notice that in England the message came home loud and clear, while in the devolved areas it clearly did not. No doubt popular wisdom in Belmopan is that England extends from Lands End to Wick and he can’t understand why those bits on the edges didn’t swallow his message hook line and sinker just like the English did.

Finally and most laughably of all he went on to criticise the Tory leadership for not giving him more support when he was caught out being a greedy, lying, cheat in March when his continued non-dom status was revealed despite the by then ten year old pledge to wee Wullie to actually make a contribution to the nation in whose Parliament he has a seat. Hardly surprising considering the red faces all round that that little bit of chicanery produced at Tory central. My opinion is: why don’t you take your book and you billions and F off back to the back of beyond, your contributions are most certainly not welcome. And there you are one and all, an instance where I do agree with the Tories!
Posted by Munguin at 08:46