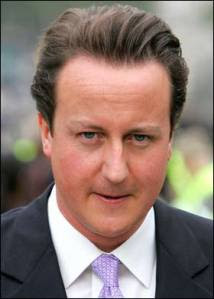 The Guardian reports that Tory leader David Cameron Speaking in Davos on Friday gave a clear sign that the cuts (that he assured us all were so necessary during his, I’m telling the truth moment, before his party’s conference) would be more modest than had been hitherto been expected in order to prevent Britain facing a Greek-style debt crisis this summer.

Cameron, speaking at a British business lunch, said the mood towards deficit reduction was changing, with the arguments moving in favour of the Conservative approach. The Conservative leader went on to say that his party would want to take early action if it 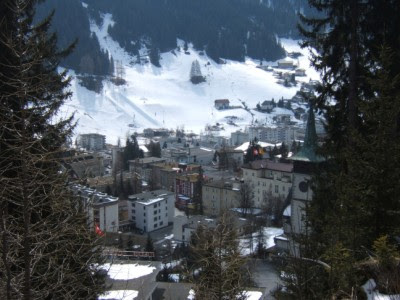 won spring's election but that it did not need to be particularly "extensive".

His remarks came as the International Monetary Fund pledged to support Greece, which is in the midst of an economic crisis, were it asked to do so.

Conservative sources denied that Cameron was back pedaling on his strong pledge to tackle Britain's budget deficit in light of weaker than expected growth figures estimate of 0.1%. Labour said it was an indication that the Opposition leader was being forced to temper his approach.

The business secretary, Lord Mandelson said “there is less conviction and swagger than there was before. They have gone a little bit wobbly. They appreciate the risks a bit. It has pushed them into some confusion”.

Oh dear more mixed messages from the Tories then. Honest John one minute with its going to be hard and bleak under the Tories and you wont be able to retire till you are 67, oops that didn’t work. And the next minute it won’t be so bad after all. Not back pedaling? Then what is it? Oh yes all things to all people as usual: 99% for effort, 0.1% for substance.

Nice to see Lord Voldermort getting his tuppence in as usual, thanks for that inspiring and incisive input you graciousness, what a revelation!
Posted by Munguin at 15:46