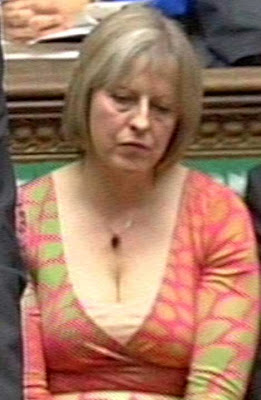 The revelation that Derrick Bird held licences for both his weapons has given fresh impetus to campaigners urging further reform of Britain’s gun laws.

As voices on both sides of the debate called for action, Prime Minister David Cameron yesterday warned against any “knee-jerk” demands, while Home Secretary Theresa May insisted that ministers would wait until all the facts are in. No doubt that means that they will wait to see the way the wind is blowing before making any decision.

It was in the wake of Hungerford and Dunblane, the last great tragedies in Britain’s firearms history, that current laws were introduced.

The events of 1987, when unemployed gun fanatic Michael Robert Ryan killed 16 people in the Berkshire town of Hungerford, prompted laws banning semi-automatic rifles and restricting access to some shotguns. Ryan, like Bird, held licences for all the weapons he used.

Dunblane renewed pressure on government to crack down on guns, and legislation brought in by the Conservatives in 1996 prohibited all handguns except .22 calibre single-shot weapons. An amendment by Labour the next year widened this to cover all pistols.

Now, however, campaigners and politicians alike recognise that any further bans on guns could impinge on their use in sport; already the Olympic shooting team has been forced overseas to practice unhindered. Right so every ten years or so we have a load of unnecessary deaths perpetrated by people who held their weapons legally in the name of sport? In that case shooting ought not to be a sport and if it is it is one that we don’t need to take part in.

Shadow Home Secretary Alan Johnson said yesterday that the key question was whether or not someone was in a fit mental state to have a weapon, but campaigners disagree about how this could ever be determined. Clearly the last three people who engaged in a gun toting rampage were not in their right minds but they still had guns legally. The answer surely is to say no more guns for any reason at all.

The former head of Scotland Yard, Ian Blair, said the Government should consider asking relatives, neighbours and workmates whether people are fit to hold a gun licence. Well thanks for that Ian what a gem! Isn’t it odd that ever since Mrs Thatcher decided that keeping insane people in asylums was too expensive the number of them killing has rocketed. Mental health services are always one of the first to be cut when the Dunkirk spirit kicks in so I guess that is why Ian wants friends and family to shoulder the responsibility.

However, Graham Showell, a campaigner who runs the Britain Needs Guns website, said: “You can’t legislate against insanity.” He believes that “if just one other person there had been armed, [Bird] would have been stopped earlier”. What a nutter! It’s the lets all have guns argument is it? Then I can shoot you if I think you have a gun? Great!

Though background surveys are carried out when a person applies for a permit – often GPs will be asked by police whether they have any concerns – there is no safeguard against the person later developing a condition that makes them unsuitable for gun ownership.

May, told the Commons that debate was “right and proper”, but that “it would be wrong to react before we know the full facts”. I wouldn’t have thought that it would take too much brains to figure out that a guy flipped his lid and murdered 12 people with guns he held legally. No doubt May does not want to reduce peoples freedoms in the name of small government or perhaps she is just personally small in the intelligence department.


Of course the 6 billion cuts needed for “New Politics”® to get its Dunkirk spirit off the ground will hit mental health hard. After all Theresa and the Tories probably think that all people suffering from depression (like Mr Bird?)are malingerers, but when they legally hold guns they are dangerous as well. What facts does she need to wait on to find that out?
Posted by Munguin at 10:32