WHAT A FUTURE: WHAT POTENTIAL FOR OUR KIDS AND GRANDKIDS...

Becoming independent offers Scotland - and its businesses - the opportunity of a lifetime. With control of our economic policy we can focus on the unique priorities of our economy. An independent Scotland would have a secure and stable economy. We can afford to be independent and have a government which is specifically focused on developing and nurturing our own financial well-being.
Scotland is one of the wealthiest nations on the planet. But for most of us it just doesn't feel that way. We do not see this prosperity reflected in our daily lives.
There are two big problems. First, the wealth isn't shared fairly. Westminster policies mean that a very few at the very top get most of the benefit.  And, second, Westminster isn't working for Scotland's economy. Its one size fits all economic policy isn't making the most of Scotland's strengths for the benefit of the Scottish people. That is why we need to be independent.
OVERALL WEALTH

An independent Scotland would be ranked 8th wealthiest country in the OECD (in terms of GDP per head) compared to the UK’s 17th place (2011). (And we'd be more likely to spend that wealth on what people need, rather than killing foreigners.)

We have three of the top 100 universities in the world. Our universities compete at the top of the world leagues for the quality of their research. (We've hardly got a record of being thick, have we?)

We have around 25% of Europe’s potential offshore wind and tidal energy and 10%of Europe’s wave power potential. (Even those who think its all a load of rubbish can't deny the jobs that this is creating.)

Recent figures show food and drink exports at an all-time high of £5.4 billion. Our world-leading industries include engineering, life sciences, tourism, life assurance and wealth management. (Not all about oil then, Alistair?)

Our public finances are stronger than the UK's. For every one of the last 30 years Scotland has generated more tax revenue per head than the UK. (So  they don't subsidise us; au contraire, we subsidise them.) 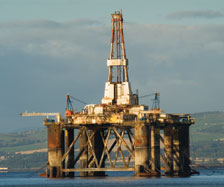 Up to 24 billion barrels remain in the North Sea. This equates to a wholesale value of up to £1.5 trillion at today’s prices – that's 10 times our share of the UK national debt. (So it's not actually running out at all.) 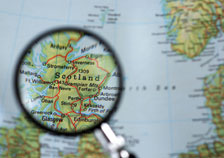 Scotland tops the UK charts for levels of inward investment by foreign companies. (Despite the devastation and uncertainty that Osborne et al predicted and lied about.)

The stuff in Black type is Blair Jenkins'. The red is all mine!
Posted by Anonymous at 20:09