David Cameron has warned that his patience may be limited with Scotland over the referendum question.

He has told the “Spectator” that, although he wants to continue to observe the “respect” agenda (I thought he’d already U-turned on that) he may pre-empt the government’s independence referendum if, as he says, the next few years become about tussling rather than governing.


I realise, of course, that Cameron is having a rough time with his backbenchers. He looks weak over the News International situation and is trying to look as if he is strong over something else. But it is a bit rich for someone who is making such a pig’s ear of governing within his own remit to be instructing a much more experienced politician who is doing such a good job within HIS remit that he was re- elected with a majority only a few short weeks ago.

There have been, since the election victory that was never supposed to happen, the most amazing series of u-turns over the referendum situation.

Firstly the SNP said in the manifesto, and it was much talked about in leadership debates, that there would be a referendum in the second half of the 5 year government. It was never going to be something about which a great fuss was made during the earlier part of the government when the UK (and as a result Scotland) was in such a mess with unemployment, social exclusion, and poverty.

But even before the result had been confirmed, the opposition parties were bringing it forward, as if it had been the only thing in the manifesto.

The Secretary for Scotland Michael Moore called for two referenda and was slapped down by the prime minister, and others have even said that it would be necessary for the English to vote in their own referendum before Scotland could be free (without thinking about the consequences for England in a future referendum on their EU membership).

Tory MP for North East Somerset Jacob Rees-Mogg tried to introduce an amendment to the Scotland Bill, currently going through the London parliament, demanding a referendum within four months and was slapped down by their Speaker. Whilst Cameron doesn’t agree with that he said he would not play games with Mr Salmond.“I won’t have a situation where it’s not about 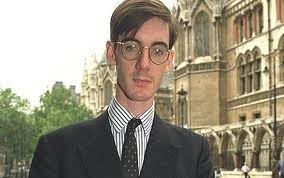 the health or wellbeing of the people of Scotland but all about a referendum to satisfy his needs”, he said.

How incredibly little he knows about what goes on here. I mean, it’s not all health and wellbeing anyway. It’s crime, prisons, education, local government and many other things, and there are Cabinet Secretaries and Ministers working hard to achieve this.

Mr Cameron should remember that he has no mandate in Scotland. He has one MP out of 59. And in the Scottish General Election an academic study has shown that it was the popularity of Annabel Goldie that gave the Tories the seats that they got...and they are about to lose her! Although there are many more Liberal Democrats, one only needs to look at the rump in parliament and the disastrous Inverclyde by-election result for the London parliament to see how popular they are in our country.

He should also remember that, rather like his illustrious predecessor, his words in Scotland tend to have the opposite effect to that which is intended. Even Malcolm Rifkind realised that the Scots don’t like to be bullied by bossy Englishwomen (or men) and the less Thatcher said, the better.

He would do best to take that on board and say very little.